Recently, I came upon a paper written for Personality and Social Psychology Review.  In short, it examined monogamous and non-monogamous relationships.  It can be found here:

The writers made some interesting points.  One of the first things they did was dispel the 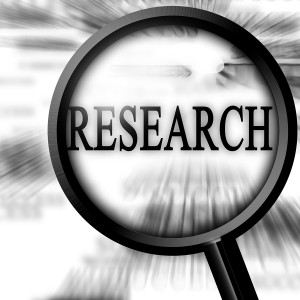 myth that several animals in nature are monogamous.  Though some animals (like swans and prairie voles) may have life partners, it has been proven that they are not sexually exclusive to that partner.  Bottom line, they stay “married” to one partner but had sex and fathered children with numerous other partners.  Why is this important?  The writers questioned whether researchers who are part of a culture that esteemed monogamy were influenced in how they interpreted animal behavior.  A researcher, D. P. Schmitt, “performed a cross-cultural study (from “Argentina to Zimbabwe”) and concluded that women and men have not evolved solely for long-term mating.”  He discovered that most cultures were not completely monogamous.

In America, the researchers found that 4%-5% of Americans practiced polyamory (which is referred to as consensual non-monogamy or CNM).  That is about 12.5 million polyamorous people in the US today.  That’s the entire metro population of Los Angeles.  If you thought you were the only one considering polyamory, you’re not.

The writers state that their research showed some preconceived notions about monogamy.  They found that people thought monogamy improved sexuality, prevents the spread of S.T.D.’s, improved the quality of the relationship (increase trust, reduce jealousy) and provided family benefits (especially concerning raising children).  Let’s look at each of these.

There isn’t enough research to compare sex in monogamy and polyamory.  What research does show is that people in monogamous relationships can have “lower levels of satisfying sexual relationships.”  Polyamory isn’t about sex but with more sexual partners, there is the possibility of more sex and varied types of sex.

Concerning STD’s.  Again, little research has been done but what they were able to see

was that monogamy didn’t ensure a lower rate of STD’s in comparison to polyamory.  Condoms were considered a better defense against STD’s than monogamy.  They did note that with more sexual partners you did have a higher chance at STD’s but that did not guarantee it.  In short…use protection and be safe.

People were both equally satisfied in monogamous and polyamorous relationships.  Jealousy is where it got interesting.  Polyamorous people tended to have less jealousy.  Some people argue that monogamy would help ensure no jealousy but research doesn’t support this.

Some people argue that polyamory is bad for children.  The researchers did not support this idea.  They state: “It appears that monogamy and consensual non-monogamy provide similar outcomes for children in these types of families.  Monogamy and polyamory both rated fairly equal regarding children.”

The article is worth a read.  I’ve summarized some of the main ideas but you may want to take a look at the article.

One thought on “Research into Polyamory and Monogamy”