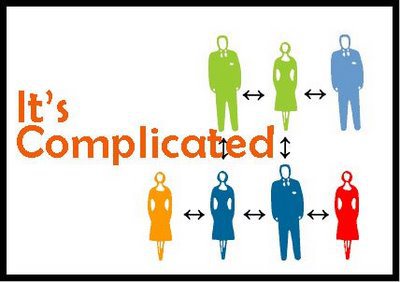 occurred through pop culture. Vicky~Christina~Barcelona immortalized the triad relationship in an impossibly beautiful Caucasian Hollywoodesque fantasy, with the implicit warning that such an arrangement is unstable for the long term. Sitcoms like Friends throw in their two pence to denigrate ethical non-monogamy by presenting an episode where Chandler encounters a women in an open and honest relationship.

Chandler: So explain something to me here, uh, what kind of a relationship do you imagine us having if you already have a husband and a boyfriend?

Chandler: What ‘not work out’? I’m seeing her again on Thursday. Didn’t you listen to the story?

Monica: Didn’t you listen to the story? I mean, this is twisted! How could you get involved with a woman like this?

Pop culture would have you believe that polyamory is at best a naive delusion, at worst a morally twisted act. Apart from the small body of literature on the subject, the majority of cultural references for open and plural relationships contain harsh judgements (see comments on my last post The Hell of Monogamy for some good ones); stories of instability, betrayal and immorality. It’s clear that in a world where we are taught to seek education from books and lessons, those seeking advice on how to construct and maintain multiple relationships cannot look to mainstream society for any type of guidance. Those who feel the inclination to love many, have to learn by doing, and are often shunned and shamed whilst doing so, making the pursuit of their relationships a thousand times harder. Indeed the fact that the polyamorous community is growing at all in the face of constant opposition, is a true testament to the power of love… and marginalization. The power that the world gives polyamorists by vilification turns it into a cause, spawning Poly-pride, support groups like PolyLiving  and not for profit organizations like Loving More. Rendering it a more vibrant and solid community. Or is it? 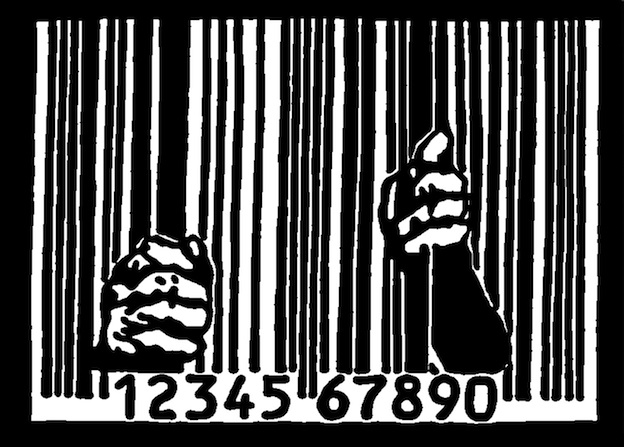 Unfortunately despite all the good intentions, a minority’s struggle for acceptance will always create a ‘prisoners’ dilemma’ and this one is no different. In the non-monogamous community certain relationship configurations are more likely to be accepted if they align themselves to already existing precepts and/or paradigms. For example as the idealized Male-Female-Female triad slowly becomes more acceptable to the general public, it’s no coincidence  that it’s also the most popular choice for many newly out-of the closet polyamorists; simply because it is the most familiar, comfortable and least controversial. To the outside world that is. Because poly-activists argue that this configuration still perpetuates male privilege (a bisexual female who gets it on with another girl, is no threat to the male ego – aka. One-Penis-Policy). Such a paradigm which is perceived to perpetuate the very patriarchy and notion of possession that polyamory tries to counteract in the first place, is one of the biggest hot potatoes.

Likewise, some proponents of polyamory like to distance themselves from promiscuity and/or swinging which are heavily frowned upon by mainstreamers – even if many polyamorists discover their inclination by through such sexual liberation in the first place. Promiscuity is harshly condemned (at least when it concerns women) and swinging is premeditated promiscuity. It is – gasp – sex for fun. Moral judgements and definitions divide the non-monogamous community because the harsh rejection by the world of the community as a whole, creates a desperate need in many to achieve acceptance at any cost. I say, the cost isn’t worth it.

When one first identifies as polyamorous there is an exciting whirlwind of possibilities, a sickening thrill of defying inherited values, and a huge learning curve with an arsenal of vocabulary. Triads, quads, polyfidelity, new relationship energy, unicorns, compersion, vee … labels, labels and more labels.  We need them as they help us struggle to understand the enormity of such a radical change in lifestyle.

But whilst there is a place for education and evolution, labels are only important when they enhance our communication. Ethical non-monogamy by definition can include many different preferences, none more valid than the other. Of course it’s worth listening to those who condemn (questioning values is what polyamorists are good at)… But know and trust that everyone’s journey is different, including yours. Because when such a community is already small and despised by the outside world, it is doubly important to stick together. As those practising different relationship configurations learn what works for them and try to rebuild their ethical non-monogamous families in the way that suits, it’s worth remembering what brought us all out of the closet in the first place. The Power of Love.

Reprinted with permission from the author Louisa Leontiades